Rich Soil, Rich History – The Secrets of the Yarra Valley 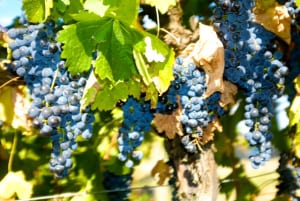 What is it about the Yarra Valley that warrants the production of some of Australia, and the World’s most appreciated and demanded wines…?

The Yarra Valley’s secret is a fascinating combination of climate and history.

Widely considered as the Nation’s premier cool-climate winemaking region, the Yarra Valley is indeed cool in comparison to the rest of Australia’s viticultural regions.

Annual temperature ranges from an average of 14°C in winter to 26°C in summer – making it slightly cooler on average than Bordeaux, and slightly warmer than Burgundy – but most importantly, ideal for cool-climate wine making!

Though the Yarra Valley does get warm and sunny during the summer seasons, it’s the fact that the temperature drops off quickly before harvest that allows the wines to capture those tart fruity and acidic flavours in the sparkling wines and chardonnays they are famous for.

Having said that, one of the marvels of Yarra Valley is its ability to produce world-class wine across a variety of genres. This stems from a diverse topographical landscape, with the elevation ranging from 50 – 400m, and rainfall and temperature varying accordingly.

This causes soils in the region to diverge from ancient mountain-derived sandy clay loams, to younger highly friable colourful volcanic soils – which is the reason why as you travel from vineyard to the next, you can easily pick up on subtle yet distinct differences and individual flavour.

It’s this diversity that makes the Yarra Valley so popular for winery tours, where wine lovers can distinguish the multiplicity of soil types and climates, evident in taste, as they wind their way through the region.

The glory of such diversity is a wine region whose single variety or star performer is hard to identify. While the general cooler-climate of the Yarra Valley has long been famous for producing award winning balances of tartness and acidity in sparkling wine and Chardonnay, you also find complex Pinot Noir and world class Cabernet Sauvignon and Shiraz coming out of this complex and intriguing region.

As with all famous wine regions, the secrets behind fabulous and unique wine is often locked in the rich viticultural history buried in the foundations of the earth, and folklore handed down through generations of innovative vignerons.

The Yarra Valley is Victoria’s oldest wine region, with the first grapes being planted there way back in 1838, and viticulture has spread rapidly through the region since.

As early as 1889, European winemakers were recognizing the potential of the Yarra Valley’s unique climate, with Yering Station producing the only Southern Hemisphere Grand Prix winner at the Paris Exhibition that year.

A rich history of Swiss, French and other European vignerons flourishing in the Yarra Valley would follow, right up to the 1930’s, when economic depression and demand for fortified wine resulted in all the vineyards converting in to pasture.

However, these legendary winemakers had already planted the seeds of a passionate viticulture, which would rise again in the 1960’s, and carry on towards the creation of “Australia’s most interesting wine tourist destination.”

With such a rich history, and a uniquely diverse climate, its no wonder the Yarra Valley has captured labels like this, to which the thousands of tour-goers each year stand testimony.