A day with Australian Wine Tour Co is a memorable experience that takes in four wineries, representing all faces of the Yarra Valley’s signature industry. From the simple rustic charm of Yering Farm‘s cellar door to the spacious elegant modernity of Domaine Chandon, we see, in the course of a leisurely day under expert guidance, the many aspects of the Yarra Valley wine industry.

Of course today’s wine industry is the outcome of over a century and a half of history. Victorian wines enjoyed some spectacular successes in the 19th century, earning European medals left, right and centre. Changing economic conditions and a devastating outbreak of the phylloxera aphid disease effectively halted the industry’s progress until the 1950s, when a revival began that continues today. While winemaking was in abeyance, the Yarra Valley turned to fruit growing, and it was often the orchards that provided the foundation for the rebirth of winemaking in the mid 20th century. A good example is Punt Road, the first stop on our day tour. 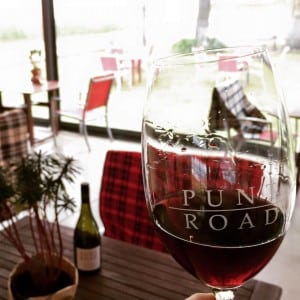 Punt Road began its journey in the hands of the Napoleone family, Yarra Valley orchardists and wine growers since the early 20th century. For much of that time their principal crops were apples and pears, and indeed to this day half the Punt Road acreage is worked as an orchard. That gives the clue to the unusual breadth of the Punt Road offering – but more on that later.

After sitting out the near-collapse of the wine industry in the mid 20th century, the third generation of Yarra Valley Napoleones realised that winemaking was once again a viable proposition, and in 1987 Joe and Michael Napoleone planted the first vines at the family’s property at St Huberts Road. They called it Punt Road, after the famous thoroughfare that connected the northern and suburbs of early Melbourne. Before it was absorbed into the Melbourne conurbation, becoming South Yarra, it was overlooked by a hill of vines – today it contains some of Melbourne’s most expensive real estate.

Today, Punt Road is a highly-efficient fruit grower, and the largest supplier of apples and pears to Coles and Woolworths Australia-wide. In addition to supplying fresh fruit the Napoleones brew an impressive range of fine ciders and beers.

But we were there to learn about and try the wines. As the first stop on our AWTC tour, Punt Road served as our classroom as wine tasters. At the hands of our excellent AWTC driver and guide we received a crash course in wine tasting that stood us in good stead for the rest of the day. We learned a few of the tasting points, and of the importance of oak tannin in preserving and enhancing the flavour of the wine it contains. 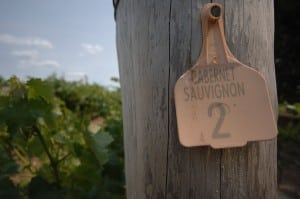 We also learned that a winery like Punt Road achieves the quality it needs in its grapes by dint of a great deal of pruning, reducing the grape harvest to about 3 tonnes per acre (cask wine growers see more like 15 tonnes per acre) but improving the flavour and aroma of the harvest.

With half of its acreage devoted to orchard, Punt Road is far from a large winery. Growing Pinot Noir, Gamay Noir, Pinot Gris, Merlot, Shiraz, Cabernet Sauvignon and Chardonnay grapes, it presses about 800 tonnes a year, in an industry in which tonnages of 20,000 or so are far from rare, and 500 or below is considered “boutique”.

Interestingly, though, several boutique vineyards contract Punt Road to make their vintages. And when you taste Punt Road’s own premium vintages you can understand why! We left Punt Road much better educated than when we arrived, and eager to use our new-found tasting skills at the next stop on the day’s tour.

If you’d like to experience Punt Road for yourself, get in touch with us.